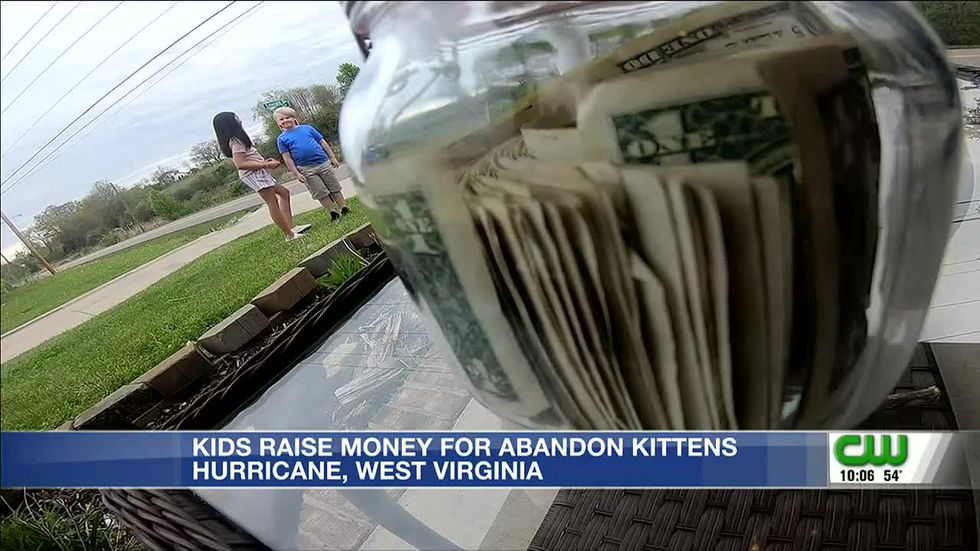 HURRICANE, W.Va. (WSAZ) – Instead of finishing the last piece of Easter candy, two kids from Hurricane, West Virginia, decided to donate their candy for a good cause over the weekend.

“We were really excited to donate it to the animal shelter,” said Emmett Grooms.

Siblings Emmett, 7, and Maycee, 10, started with the goal of raising $ 50 on Saturday to help 40 abandoned kittens which were dropped off at Little Victories Animal Rescue in Ona, West Virginia.

“We just wanted to help them, so they could get food, water and beds,” Emmett said.

“Every time someone bought something I had this bubbly feeling and it made me really happy because I was like ‘I know we can get where we want to go,’” Maycee said.

From candy sales to PayPal donations, overwhelming support has poured in from the Hurricane community.

The family say Mayor Scott Edwards was instrumental in providing support for a Facebook Live which he filmed during the fundraiser.

“Like I don’t really count the money, but I saw three twenty dollar bills in there and I was like ‘wait a minute, we are past our target’, and it kept getting. fill up and we eventually had to buy another container and start putting money in it, ”Maycee said.

“It’ll help them help the kittens, like getting them stuff they need to survive,” Emmett said.

A total of $ 1,400 was raised from Saturday to Sunday. The family plans to return the money to Little Victories within the next week.