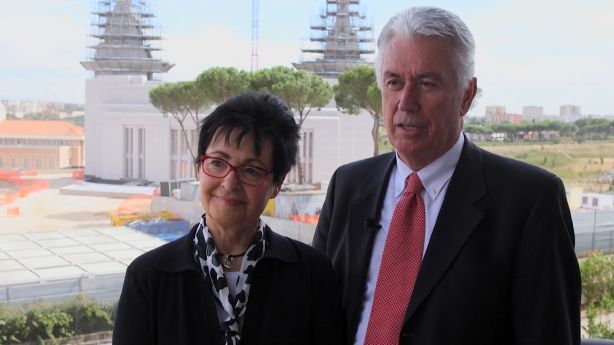 SALT LAKE CITY – Donations to President Joe Biden and other political campaigns were made on behalf of Elder Dieter F. Uchtdorf, a member of the Quorum of the Twelve Apostles of The Church of Jesus Christ of Latter-day Saints, in this that the head of the church said it was an “oversight”.

“These donations were made by our family using an online account, which is shared by our family and associated with my name,” Elder Uchtdorf said in a statement provided to KSL.com on Friday. “I regret such an oversight on my part. I fully support the church’s policy on political donations from church leaders.”

However, Elder Uchtdorf did not specify who in his family specifically made the donations.

More than $ 2,000 of a total of 11 separate donations were made on behalf of the church leader from August 2020 through January 2021, according to the U.S. Federal Election Commission website.

Records show $ 800 in donations were made to ActBlue, a nonprofit that raises funds for progressive groups and the Democratic Party. Including ActBlue donations, FEC records show that a total of 20 donations were made under Brother Uchtdorf’s name; However, when money is donated to ActBlue, the group then decides which campaign to channel that money into, and that contribution is again recorded under the same person’s name.

“ActBlue is a conduit and all earmarked contributions it receives are transferred to other political committees, which is already disclosed in the same dataset,” said Christian Hilland, deputy press secretary for the committee. “So if you include the totals for ActBlue in the data, you would inflate the total that person contributed overall.”

Contributions to Biden’s campaign and to two Democratic senators from Georgia, Senator Raphael Warnock and Senator Jon Ossoff, were made on behalf of Brother Uchtdorf, according to the commission.

The church remains officially neutral in politics and does not endorse or promote candidates or platforms. In addition, the policy does not allow senior Church leaders, including members of the Quorum of the Twelve Apostles, to participate in, promote, or donate to political campaigns.

“General Authorities and General Officers of the Church and their spouses and other full-time Church leaders should not personally participate in political campaigns, including the promotion of candidates, fundraising, public speaking. nominating or approving candidates and making financial contributions, ”the church said in a policy released in 2011.