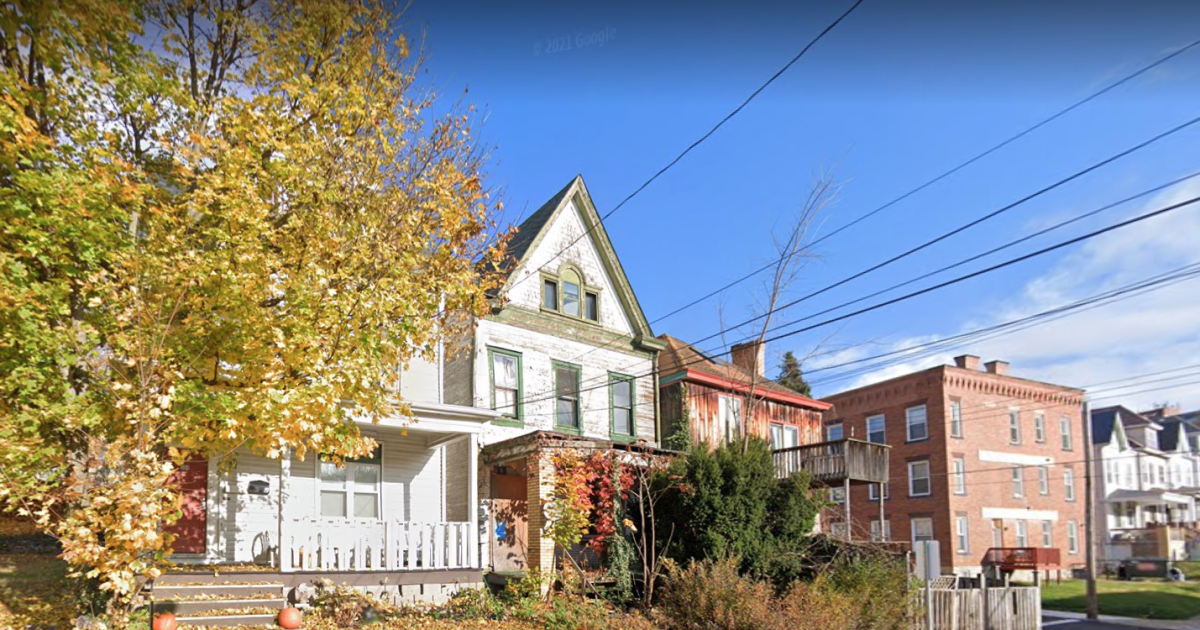 Mayor Bill Peduto today signs an executive order to create an alternative to mechanical felling of condemned structures. Instead, the city will pilot ‘deconstruction’, a process in which buildings are taken down bit by bit.

Rather than driving around a neighborhood and demolishing a house, Peduto said that by carefully dismantling structures, crews can respect the craftsmanship of the people who built those houses. He added that the process keeps harmful substances like lead and asbestos out of the air and soil. But he said the most exciting part of the new initiative is job creation.

“We could employ people from the neighborhoods to become experts in deconstruction,” he said before a signing ceremony Tuesday afternoon.

Deconstruction can be a more expensive and time-consuming process than swinging a wrecking ball, but Peduto said the long-term benefits make it a win.

It will be some time before the city uses the approach: Authorities hope to identify 10 houses that are good candidates for deconstruction by the fall. But committing to the idea and communicating its benefits is a big step, said Mike Gable, who heads the nonprofit Construction Junction.

“The main goal is to make sure that usable materials don’t go to landfill,” he said, noting that the cleaner the materials, the more they can be salvaged and made available for the next project. . Even though it cannot be reused, it can be recycled.

“We need to start thinking about the waste stream… as a value stream,” Gable said.

Some 1,700 buildings across Pittsburgh are condemned as uninhabitable, and the city owns about 20 percent of them. Since 2015, the city has spent $ 12 million on demolition and has issued more than double that amount in permits to private contractors. As private sector activity overshadows city-funded work, PLI director Sara Kinter said that is precisely why the city wants to take the initiative for deconstruction.

“There are a lot of open questions” about how deconstruction compares to demolition, she said. If the city can provide this information to entrepreneurs and make it more attractive, “we can start opening these avenues to have a more sustainable demolition and deconstruction approach in the city for everyone. “

Vacant structures are an exasperating problem for the people who live around them, said Jessica Rohe-Cook, a representative for the 311 response line.

“Neglected properties trigger these bigger issues,” she said, noting that a common tipping point is when people call about rat and raccoon infestations. Rohe-Cook estimates that she gets at least one call a day about an abandoned house and doesn’t have very good answers for people.

“I learned quite quickly our demolition budget and the constraints we face in trying to get condemned buildings taken care of,” she said. “A lot of conversations… are the ones where I don’t really bring good news. “

The Department of Permits, Licenses and Inspections, or PLI, is responsible for the demolition of condemned properties. Traditionally, PLI has prioritized emergency demolitions, demolishing homes that threaten security. But the town’s operations assistant Alicia Carberry said structures that do not pose imminent danger still injure people living nearby.

Residents of these areas may experience “increased blood pressure rates, rates of depression and simply a general sense of hopelessness caused by living in a block with abandoned houses,” she said, citing research conducted in part at Homewood.

Carberry said that, under the executive order, the Department of Finance will work with other city agencies to convert the lots into beneficial community uses. The city deconstruction initiative prioritizes communication with residents about the values ​​of deconstruction and how community members can get involved.

Beyond potential job creation, Carberry said the city wants to plan for deconstruction by helping neighborhoods decide what they want to see on newly empty land.

“That could include adopting a lot to make it a community garden or an orchard or some kind of passive green space,” she said.

In contrast, deconstruction policies are already in place in places such as Sarasota, FL, San Antonio, TX, and Seattle, WA.