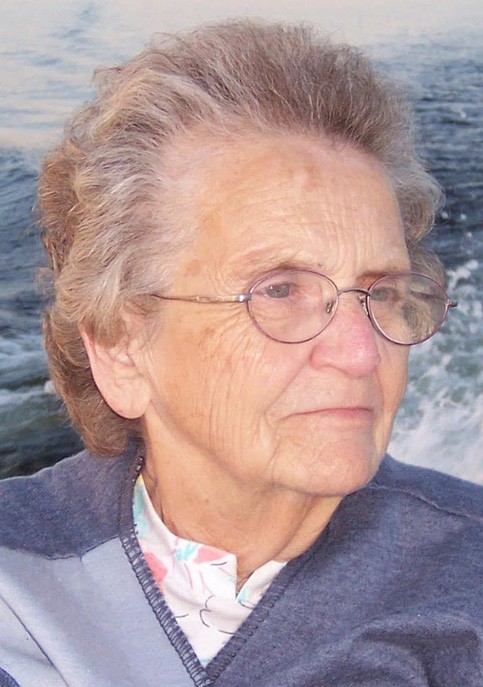 MANISTIQUE -– Guerda M. Frenette, 91, of Gulliver and Manistique, Michigan, for more than seven decades, passed away in Lutz, Fla. On Tuesday, June 15, 2021. She is now in Heaven with the Lord and her family who preceded it. Guerda had a gracious and generous heart and the ability to make everyone feel special. His compassion for those in need was reflected in his good works as well as in his cooking and baking.

Born in Dowagiac, Michigan on April 7, 1930, to Elsie and Howard Gribler, she will tell you that she graduated from high school on a Thursday and married the love of her life, Lindsley B. Frenette (who killed her) the following Sunday. She moved to Gulliver and declared it “home” where they raised their seven children. While she was known to most for her baking, her children remember her for the countless times she sewed all night so they had new dresses for the church program, to go from time in the woods stacking lumber or firewood alongside Lindsley or outside. in the fields listening to the hay. She did everything right. Her grandkids would tell you that, whether it was making pancakes, chicken noodle soup, egg salad sandwiches, or a midnight cheeseburger, she was doing whatever she could for herself. make sure they know they were loved.

Guerda has worked for the phone company, organized numerous events, owned Manistique A&W, and retired as a pastry chef at Norden’s Foodland, but her real passion was her volunteer efforts. She was a member of Kiwanis, a 4-H leader teaching dressmaking and cooking, was a member of the Democratic Party where she was a part of numerous fundraisers, served on the Schoolcraft County Senior Center board, was a member of the Fourth of July committee and do anything that would help Schoolcraft County progress and various other groups. The governor of Michigan appointed her to the jury commission and she served in that position for over 30 years. Most of her volunteer time was spent helping those in need, which she did humbly and kept silent. The community recognized her as the Schoolcraft County Person of the Year as well as a Folkfest Hero and Grand Marshall at Manistique’s last July 4th Parade. She was proud to be a member of the First Baptist Church.

Not only did she pass away by her husband, Lindsley, as well as her parents, but also her daughter, Lynne Batchelder and her son, L. Charles Frenette; her sisters, Barbara Davis, Naomi Gressel, Marjorie Ruff; and his brother, Walter (Butch) Gribler.

Visitations will be held on Sunday, June 20, 2021 at the First Baptist Church in Manistique from 2 p.m. to 4 p.m. The funeral will follow at 4 p.m. with the Reverend Dr. Jay Martin as celebrant. Interment will take place immediately following services at Fairview Cemetery in Manistique.

Manistique’s Fausett Family Funeral Homes assists the family with the arrangements. Condolences can be posted on their website at www.fausettfh.com.