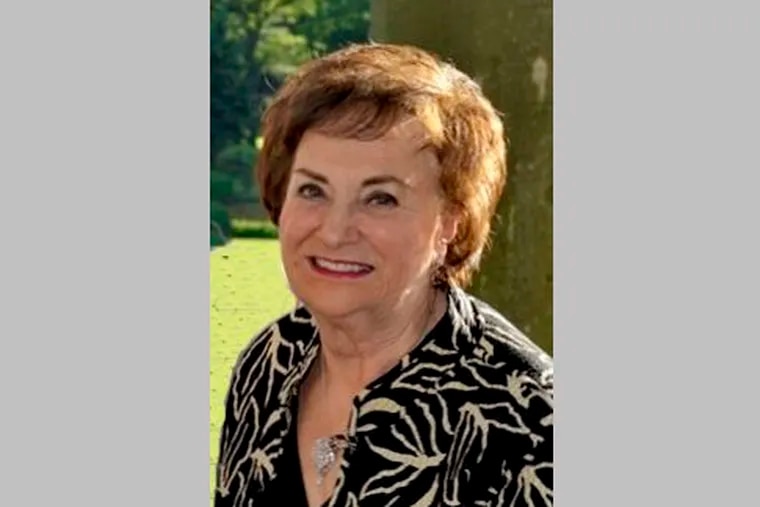 Joan Miller Shorday, 88, her family business partner and beloved matriarch, died Saturday May 15 of cancer at her Abington home.

Ms Shorday was a newlywed and was beginning her own career as a secretary in Philadelphia when her husband, Charles, was drafted into service in the Korean War. So it was up to her to take over her little Warminster grocery store.

“She had never done anything at all in a supermarket before except going grocery shopping, and suddenly she had to learn everything very quickly,” her daughter Lynn Shorday-Appelbaum said. “She was extremely scared. She had no employees. She had to do everything herself.

But she did it because their future depended on it. And she has never stopped being grateful for the support of her family and other members of the community. Charles Shorday was eventually able to open 18 supermarkets in Philadelphia, Bucks, Montgomery and Delaware counties. And the Shordays have become major philanthropists in their communities.

Ms Shorday has continued to provide behind-the-scenes support to her husband and the company over the years, including helping to train new employees.

But all of these subsequent successes might not have happened without what Ms Shorday did in those early years, according to her family.

“She didn’t see herself as a businesswoman,” Shorday-Appelbaum said. “She kept the family business going and she did everything to help my father develop his business as he did. They were definitely a good team.

Born in Philadelphia, Ms. Shorday was the youngest of three children of Fredrick and Martha Miller. She was still a student at Frankford High School in 1946 when she attended a Warminster Fire Department teenage dance and met her future husband. They married in 1951.

After the five years Ms. Shorday ran the small grocery store and while the family business really took off, she has been very active as a community volunteer. Her involvement included the Cubs, Girl Scouts and PTO in each of her children’s schools.

“She was the Girl Scout leader for 13 years – 10 years after my sister and I stopped being Girl Scouts,” Shorday-Appelbaum recalls. “No one else wanted to step in and she said, ‘These girls need someone to lead them. She was always ready to help. He was a very genuine person.

She was also an active member of the Abington Presbyterian Church, as a church elder and a Sunday school teacher. She played the piano and conducted songs in several centers for the elderly. She has also supported animal rescue organizations, the Abington Free Library, the Police Athletic League, the Abington Police Department, the Jenkintown Nursery and other local institutions.

Ms. Shorday’s greatest devotion was to her family.

“She was totally supportive of her family. They meant everything to her, ”her daughter said.

She always had time to lend an ear or share wise advice with her children, her family said. Her home was often open for extended family events and parties, and she was a generous friend and neighbor.

In addition to Lynn Shorday-Appelbaum, Mrs. Shorday is survived by her husband; one son, Charles Shorday Jr .; another daughter, Susanne Shorday; five grandchildren; a great-grandson; four step-grandchildren; four great-grandchildren; and other relatives. Her parents, brother and sister died before her.

A private service took place on May 23. The family plans to celebrate her life this fall.