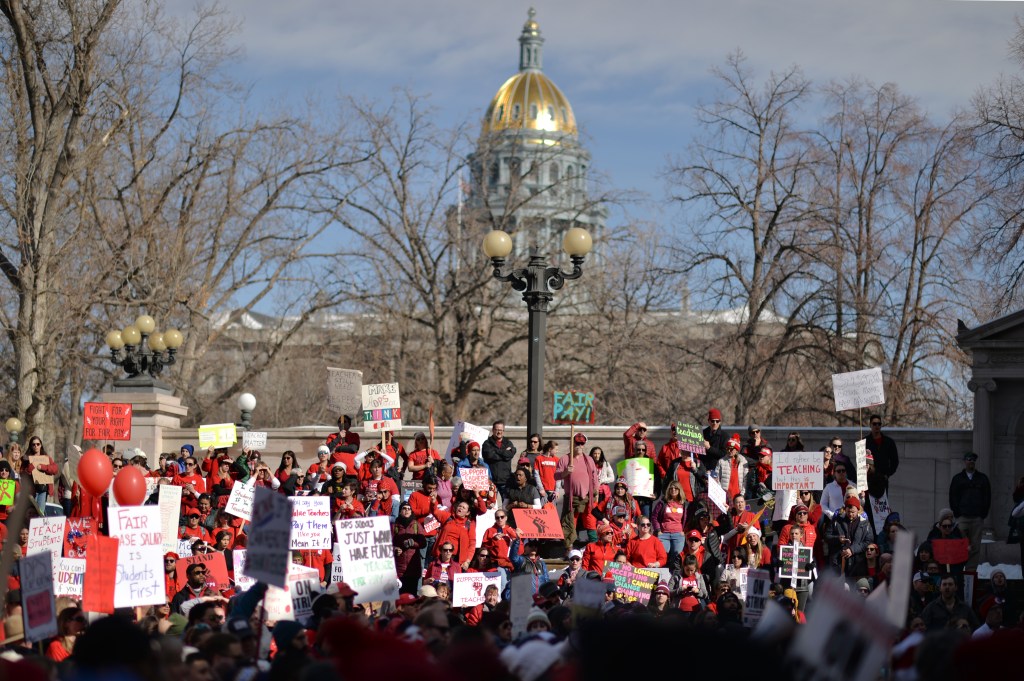 Public schools in Denver – the state’s largest school district – face tough challenges. Like most school districts in Colorado, DPS finances are tight. Children returning to class after taking refuge at home for months during the COVID-19 pandemic have a lot of catching up to do. And DPS needs new leadership at the top. The former director general of the DPS resigned last year after less than two years of service, following a deadly strike organized by an increasingly demanding teachers’ union.

In my opinion, the most distressing problem facing the DPS is its decades-long failure to provide equal educational opportunities to all of its students. The statistical evidence is conclusive: DPS is less effective at teaching students of color.

Part of the problem is the uneven distribution of resources among DPS schools. In more than half of DPS schools, at least 90% of enrolled students are either black or Latino. These schools generally offer fewer educational and extracurricular resources, compared to schools attended primarily by relatively wealthy non-Hispanic whites. A court order in 1973 ending intentional racial segregation by the DPS proved to be a temporary solution. After the DPS ended student bus transportation for integration in 1995, racial and ethnic segregation returned and persists to this day.

Another problem is the mismatch of the knowledge and skills of teachers with the educational needs of many students. The majority of DPS students today are Latinos. Most Colorado Latinos speak English. Although some Latino families have their roots in this part of the country in the 1600s, most Latinos, like most Coloradans, are either immigrants or descendants of immigrants. The mother tongue of around a third of DPS students is not English. When young children try to learn English at the same time as they learn to read, they tend to have a hard time if the instruction to read is in English. Five decades of educational research shows that children learn to read faster and better when they learn in their mother tongue.

The DPS has failed to hire enough bilingual and culturally competent teachers to meet this need. The previous superintendent understood the problem and began to make the necessary reforms. Sadly, she left the job unfinished after being hampered by the strike and, as she told the Dallas Morning News, “a board that didn’t give me the ability to lead as CEO of the organization “.

Research also shows that if schoolchildren cannot meet grade-level reading standards by the end of third grade, they tend to have difficulty with other subjects for the rest of their university careers. Children should learn to read from the third grade so that they can read to learn in the following years. At DPS, too many English learners are academically behind.

It’s no wonder that high school graduation rates for Latinos are significantly lower than those for other DPS students. Thus, the DPS sends too many Latinos who have not graduated into overcrowded and lower paid segments of the labor market. Too few Latinos in DPS graduate from high school and go on to college.

Last Sunday I attended a meeting between the Denver Latino Education Coalition and two members of the Denver School Board. It included leaders of several Latin American community organizations, as well as university professors, other researchers, school administrators and teachers, and former government officials. Several had spent many years studying and advocating for better educational opportunities and outcomes for Latinos attending Denver schools.

During the meeting, participants criticized the school board’s current search for a new director general. They pointed to the obvious missteps of the board of directors and the Chicago-based research firm they hired. The research firm had mistakenly posted the DPS job advertisement for the small township of Denver, Michigan. The coalition wanted the board to do more to recruit superintendent candidates with experience leading school districts in major cities in the southwestern United States. other Latino subcultures rooted in our part of the country. The coalition criticized the research firm for failing to notify the Association of Latino Research Administrators and Superintendents.

Coalition members questioned the board’s heavy reliance on the research firm to seek “contributions” to Latinos, without the board members themselves speaking directly with executives from the Latin American community with relevant knowledge and experience on the issues faced by Latino children at DPS. Participants urged the board to renew its search for a new superintendent, seeking more applicants who understand the educational needs of Denver’s distinctive Latin American communities.

I was disappointed that we didn’t have time to address some basic underlying issues. Beneath all the criticisms and procedural complaints about the Superintendent’s search process lies the profound lack of confidence Latino advocates have in the Denver Board of Education. Afterwards, participants concluded that the board was not ready to budge. The board had already narrowed the search down to three finalists. We suspected that the board had already decided which of the three to hire.

The two members of the board of directors present defended their research process. But they haven’t addressed DPS’s long-standing core issues: segregation, inequitable allocation of resources to schools attended by students of color, disparate graduation rates, and a lack of linguistically and culturally competent teachers who know how. helping young English language learners master reading from the third year.

Did the Board of Education’s flawed research find the right finalists? Latinos who attended Sunday’s meeting don’t think so. The Latino Education Coalition wants the DPS to hire a superintendent with a strong track record of improving the educational outcomes of Spanish-speaking students in large urban school districts, working with community leaders of Mexican and Chicano immigrants. Personally, I would also like to see a superintendent with a record of overcoming the resistance of unionized unilingual English teachers to change. The Board of Education has once again failed Latinos.

To send a letter to the editor about this article, submit it online or see our guidelines for how to submit by email or post.