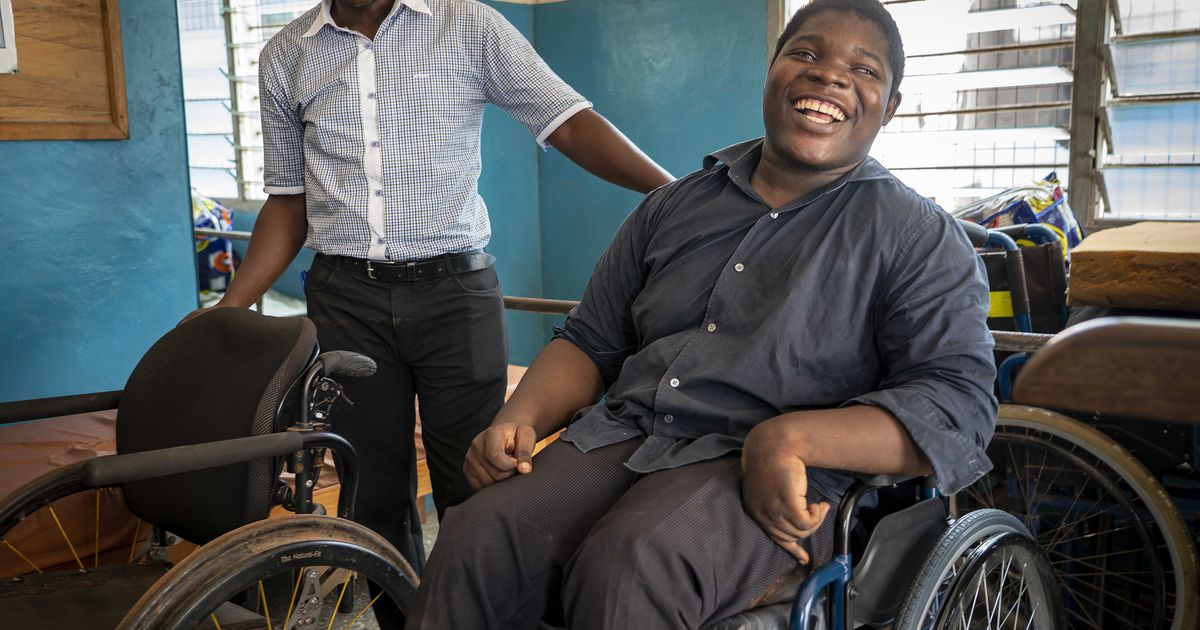 (Photo courtesy The Church of Jesus Christ of Latter-day Saints) Leitangi Solomon smiles after being fitted with a wheelchair in Ghana with the help of a technician from Latter-day Saint Charities.

The Count tells the story of a world in need and a church with the means and the capacity to help:

These numbers represent a significant portion of the aid provided by the humanitarian arm of The Church of Jesus Christ of Latter-day Saints, according to the organization Annual report 2019, published Monday.

“This assistance,” the president of the church Russell M. Nelson said at the General Conference last fall, “Is offered to recipients regardless of their religious affiliation, nationality, race, sexual orientation, gender or political beliefs”.

In total, last year Latter-day Saint charities helped 142 countries and territories, including emergency efforts in more than 60 locations around the world.

For example, the agency helped – and continues to help – after cyclones wiped out crops in Mozambique, Malawi and Zimbabwe.

“When you see some of the big responses that happened last year like the cyclone in Mozambique, the responses to the famine, the work that we’ve done around different hurricanes and things like that, the rule of thumb is to d ” go out into the field and find out what people need. now and what they will need later. And then we can work to fill those gaps, ”said Sharon Eubank, President of Latter-day Saint Charities, in a commentary. Press release. “The annual report reflects some of the most intensive work we’ve done in the field, to find out what the real need is. “

The organization also helps with vaccinations, refugees and a range of community projects.

He particularly focused on the fight against maternal and neonatal tetanus. The World Health Organization has announced that the deadly disease affecting women of childbearing age and their offspring has been wiped out in Congo and Chad last year. Ten years ago, tetanus still posed a significant risk to women giving birth in nearly 60 countries. That number dropped to 12.

The humanitarian work of the church has become a touchy subject after a “whistleblower complaint accused Faith of raising a $ 100 billion rainy day fund from contributions meant – but never spent – to charity.

Monday’s annual report didn’t put a dollar amount on aid provided in 2019. But the news Release noted that donations to Latter-day Saint charities represent “only a small portion” of the church’s overall humanitarian and social spending, which stands at nearly $ 1 billion annually.

“The annual report is part of our responsibility to Latter-day Saints who have donated to the humanitarian fund on the tithe slip,” said Eubank, who is also the first counselor to the Relief Society general presidency. women in the Release. “It’s part of our relationship to the people who have given so much, so that they can see what their donations are used for. “