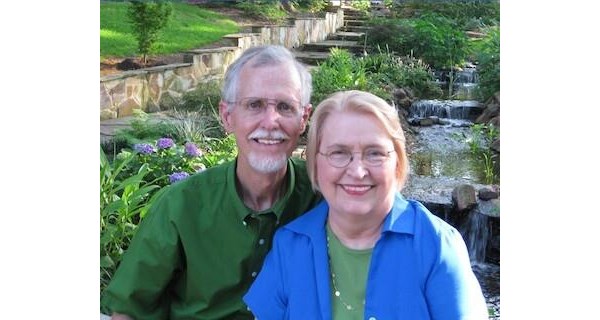 Robert was born June 22, 1938 in Ranger, Texas. He grew up in the nearby town of Abilene as the 4th child of the late Lewis Smith and Eunice Turner Smith. He was predeceased by his brother Ned Smith of Houston, TX and his sister Marilyn Owens of Abilene, TX. Her sister Bonnie Baker of Dallas, TX passed away on May 3, 2021.

Sue was born in Victoria, Texas on December 11, 1938, the firstborn to her parents, the late Noah and Elizabeth Crisp. She is survived by her brothers Don Crisp and Jerry Crisp, both of Dallas, TX.

Robert and Sue are survived by their children Sara Smith of Shreveport, LA, Timothy Smith and his wife Jocelyn of Olympia, WA, Marcie Smith Castleberry and her husband John of Murfreesboro, TN, and Andrew Smith and his wife Erin of Seattle, WA. They have five grandchildren: Will Smith, Nathan Smith, Erin Smith, Elliot Smith and Ben Smith.

Robert and Sue both graduated from Abilene Christian College in 1961. Robert received a doctorate from the University of Tennessee, Memphis. They moved to Shreveport in 1968, where Robert joined the faculty of LSU Health Sciences Center. He was a researcher and professor of biochemistry there until his retirement in 2006.

Sue has worked as a disability advocate. She was president of the PTO at Sara’s school and worked for many years with the Caddo-Bossier Association for Backward Citizens, most notably as president. In 1979, Sue created ACCESS, a publicly funded agency designed to help people with disabilities access resources to enable them to overcome their limitations.

Sue and Robert were both long-time members of the Southern Hills Church of Christ and later of the Clearview Church of Shreveport. Robert served first as a deacon and then as an elder in Southern Hills. Sue was a gifted teacher and leader. She has taught Bible classes and led home Bible studies. Robert and Sue have opened their home to many “little groups”, missionaries on leave, and other friends over the years. In 2010, they helped establish Clearview Church of Shreveport with the goal of reaching more young people with Christ’s message of hope.

Robert was deeply interested in the interface between science and faith. Long after his retirement, he continued to read scientific books and journals, driven by his love for nature and his respect for the scientific process. This wonder also required him to hike, fish, and garden for as long as his Parkinson’s disease allowed.

Sue had a sharp and curious mind. She loved to learn and was interested in new ideas. When personal computers first appeared, Sue was an early adopter and loved helping others with her skills. Even in old age, she could help her middle aged children with their software problems.

Robert and Sue especially enjoyed the visits from their children and grandchildren. At that time, their house was full of family members who cooked and ate together, played games and solved puzzles, laughed, talked and watched football, with grandchildren running happily around the house. Their family will always cherish the memories of these times spent together.

Robert and Sue Smith will be honored during a memorial service on June 23, 2021 at 10:00 a.m. at the All Saints Chapel on the campus of the Holy Angels Residential Complex in Shreveport, LA. Tours with family and friends will be at the same location from 9:00 a.m. to 10:00 a.m.