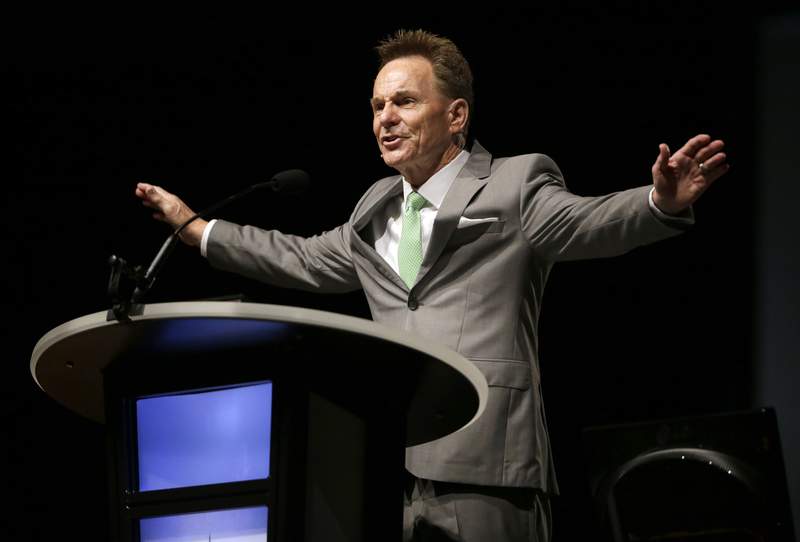 NASHVILLE, Tennessee. – The chairman of the executive committee of the Southern Baptist Convention said on Friday he was hiring an outside firm to investigate his actions amid accusations that key faith leaders mismanaged cases of sexual abuse, despite calls from some critics for a more independent investigation.

Ronnie Floyd announced the hiring of international consulting firm Guidepost Solutions to investigate the allegations of Russell Moore, who last month stepped down as chairman of the denomination’s influential Ethics and Religious Freedom Commission.

In letters to SBC officials that have become public, Moore accused Floyd and Mike Stone, who was then chairman of the executive committee, of trying to block efforts to hold churches accountable for their treatment of abuse cases and seek to intimidate and retaliate against those who championed the issue.

Floyd and Stone, who is now running for president of the SBC, have denied the claims. On Thursday, a former Moore aide released audio clips that were smuggled into meetings with Floyd and Stone to bolster Moore’s claims.

Guidepost will be responsible for investigating the allegations and providing training to the committee.

Rachael Denhollander, a lawyer and leading advocate for other abuse survivors who called for an independent investigation, called Guidepost “a highly skilled company, well able to do the job.”

But she warned the company must have free rein in its investigation, including access to documents that might otherwise be protected by solicitor-client privilege, and said the full findings must be made public.

The announcement comes as more than 16,000 delegates are expected to attend next week’s SBC annual meeting in Nashville, the largest gathering of the nation’s largest Protestant denomination in a quarter of a century, and amid controversy over the sexual abuse, race and the role of women in ministry.

Two pastors planned to propose at the meeting that the SBC create a task force to choose an independent investigator, an idea that won significant endorsements.

One of the supporters, Tennessee Pastor Grant Gaines, said Friday that Floyd’s announcement was a step in the right direction, but he planned to go ahead with the idea. The task force should include Southern Baptists and sexual abuse experts to carry out recruitment and monitoring and should be responsible for reporting the results to the denomination and the public, he said.

“At the end of the day, we don’t believe in trusting the executive committee to hold itself accountable,” said Gaines.

A similar sentiment was expressed by Christa Brown, a longtime advocate for other abuse survivors in Southern Baptist churches. She called for an even more independent commission made up of people not affiliated with the faith and with a mandate to hear and report cases of abuse and cover-up.

“As long as (the executive committee) controls the purse strings, I would expect problems,” Brown said.

The Associated Press’s religious coverage receives support from the Lilly Endowment via The Conversation US. The AP is solely responsible for this content.

Copyright 2021 The Associated Press. All rights reserved. This material may not be published, broadcast, rewritten or redistributed without permission.