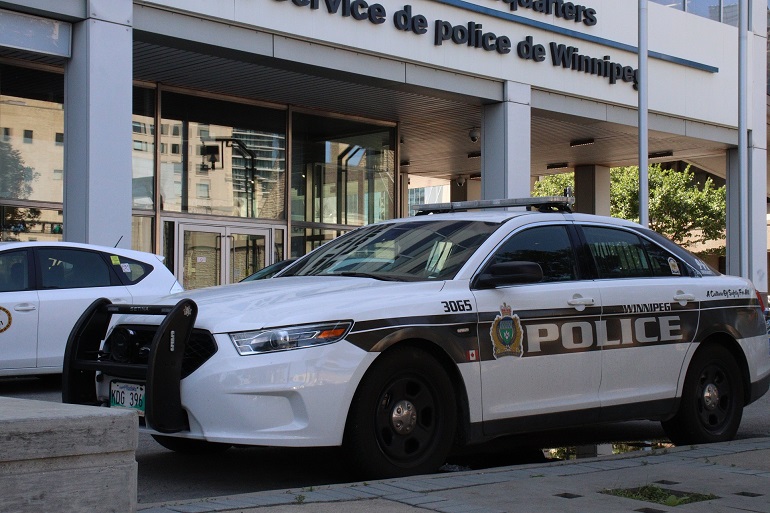 The WPS says they link the man to a series of suspected thefts starting August 3. They say the man received an undisclosed sum of money before fleeing the store.

Four days later, in the early morning of August 7, a man walked into a convenience store on the 1000 block of Henderson Highway. They say the suspect drew a gun, pointed it at the employee and demanded money. Police say the suspect left with an undisclosed sum of money.

Police are linked to the same suspect in a theft in the 400 block of Springfield that took place two days later on August 9. They say the suspect walked into a convenience store at 9.20am, demanded money, and fled while examining an undisclosed amount.

On August 10, police arrived at a grocery store in the 1100 block of the Henderson Freeway at 8:08 p.m. in response to a theft. Police said the man asked the store for money but fled in a stolen truck before receiving any money. Police say the truck the suspect was driving was stolen on August 1 in Fort Alexander, Man.

The suspect was found soon after at a restaurant on the 1400 block of the Henderson Freeway, but then fled in the same stolen truck.

Police said the suspect started driving dangerously in the North Kildonan area, triggering a police chase. At approximately 8:22 p.m. in the 200 block of Edison Avenue, the man was caught attempting to abandon the vehicle by the police and was taken into police custody.

After being taken into custody, police linked the suspect to three previous thefts.

The man was taken into custody.