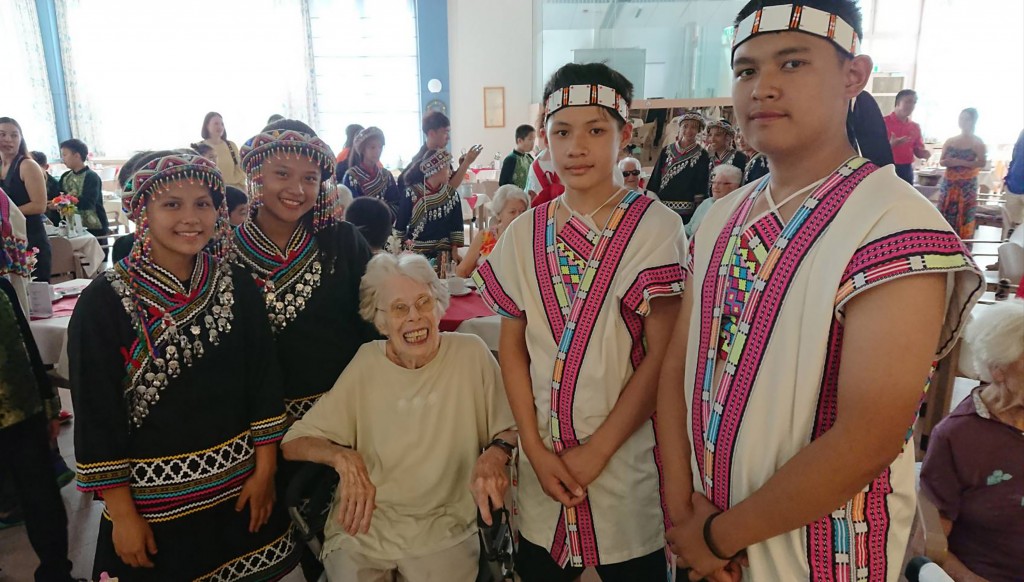 TAIPEI (Taiwan News) – The college’s Taiwanese choir, which was forced to abandon a performance at a United Nations building in Austria’s capital Vienna due to bullying from China, moved audiences to a nursing home to tears, according to reports on Saturday.

The Juann Choir (濁 岸 合唱 團) from Min Ho High School in Nantou County was in Vienna to participate in the World Peace Choral Festival, but their plan to sing at the United Nations Center was abandoned due to pressure from China, according to Central News. The agency announced it on Friday.

However, their other performances took place in other parts of the Austrian capital. Wearing traditional native clothing and jewelry, and carrying traditional musical instruments, they performed at a retirement home on Friday evening.

One of the elderly ladies in the audience was so moved by the songs that she burst into tears, and five of the choir members approached to help her wipe away her tears, CNA reported.

The seniors also wanted to be photographed with the children in their colorful outfits. After the show, choir members and residents enjoyed desserts and ice cream together, according to the report.