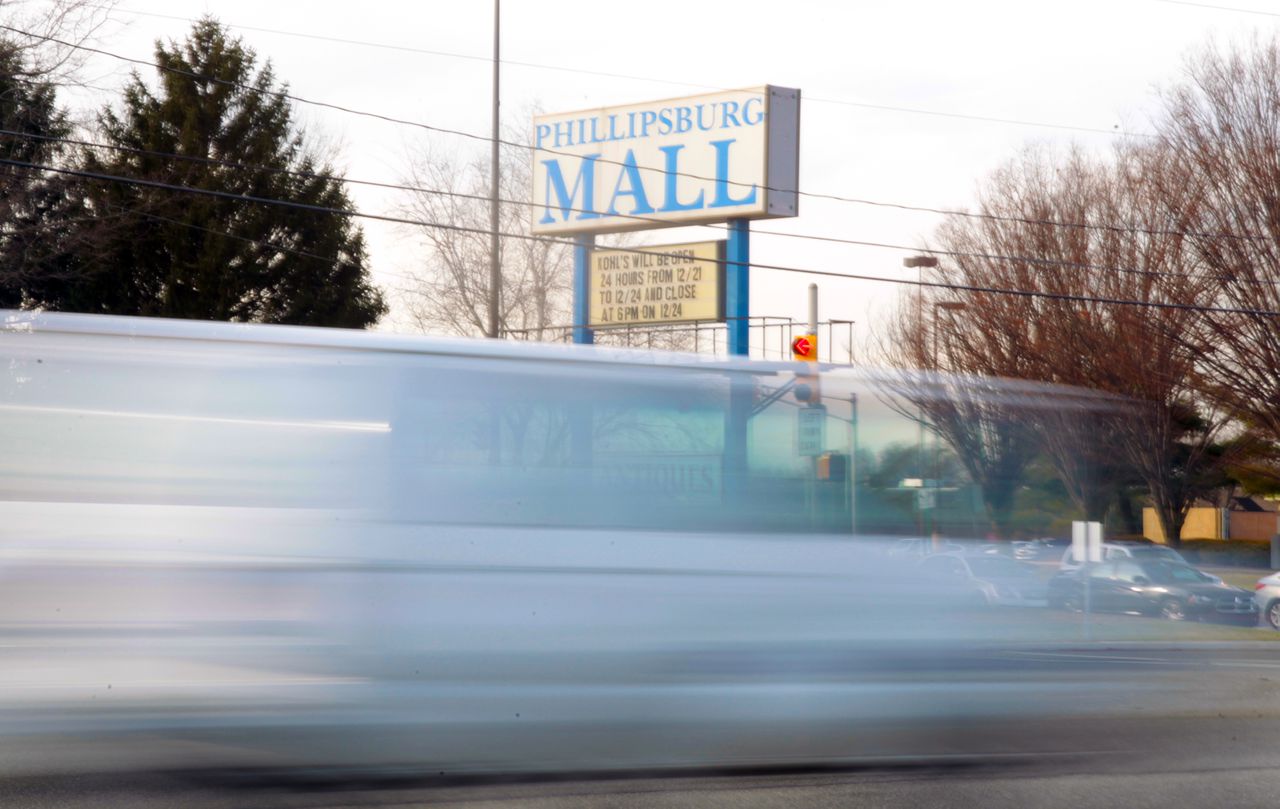 EDITOR’S NOTE: A version of this story was originally posted in January 2020, when there were still some stores left and the future of the Phillipsburg Mall was more ambiguous. It has been updated to reflect its imminent demolition, giving a certain end to the mall’s story.

The Phillipsburg Mall opened on a Sunday. Seven thousand people were waiting.

The crowd was almost too much for it to handle on Sept. 24, 1989, the grand opening of the $40 million project. A ribbon was cut on the mall as a whole, but individual stores had to abandon their own ceremonies as shoppers waited to get inside.

“It’s a little too crowded to shop,” Marilyn Rogers, of Bethlehem Township, remarked that day to The Express-Times.

Things were different toward the end. The crowds dwindled. Businesses were evicted. Anchors were torn down. Now, the mall is an empty, dystopian shell due to be demolished any day to make way for a warehouse, completing Long Island-based owner Namdar Realty Group’s plan to “re-purpose the property.”

But for 30 years, this was a place where holiday shoppers bustled for last-minute gifts, where children met Santa, played with toys or had story time. This is where the circus came to town, where fledgling businesses and large chains each staked a claim, where young employees made their first buck, where lovers went to rent prom tuxes or even propose marriage.

As it fades into history, the photos and stories from our archives below provide one final reflection on this mall, the promise it represented, the memories it made and its slow descent into irrelevance.

In a front-page story on Monday, Sept. 25, 1989, The Express-Times reported the Phillipsburg Mall was swarmed by 7,000 people during its grand opening the day before. New shoppers said they preferred it to the Palmer Park Mall — which had the same owners — and the Lehigh Valley Mall.

“We now don’t have to go across the river to where America doesn’t really start,” Pohatcong Township Mayor James Redd III told The Express-Times, jabbing at Pennsylvania’s new slogan at the time: “America starts here.”

The Phillipsburg Mall was a hub of activity. Children rode the carousel and listened at storytime. The circus came to town (and, sometimes, so did protesters to denounce it). Sears, one of the early anchors, expanded.

But stores open, stores close. Another early tenant, K-Mart, was gone in 2007, perhaps a sign of more trouble to come.

Things continued much the same for a few more years. But by the end of the decade, the circuses stopped. Anchor stores closed and were demolished, signaling the mall’s ultimate fate. Some found creative uses for the empty space as vacancies outnumbered active storefronts. It gradually turned into a ghost town and never recovered.

Santa greeted children in December 2019, but that holiday season was not joyful for store owners who were given eviction notices.

The COVID-19 pandemic kept a lot of people at home, but they stopped going to the Phillipsburg Mall years ago. The mall that opened to thousands of people ended quietly as the last storefronts were vacated, either through evictions or expiring leases. Some were able to relocate.

When the wrecking ball comes, it will level all but a single, independently owned store. The rest will be leveled and replaced with a warehouse: One big-building business model replaced with another.

Our journalism needs your support. Please subscribe today to lehighvalleylive.com.

Steve Novak may be reached at [email protected].