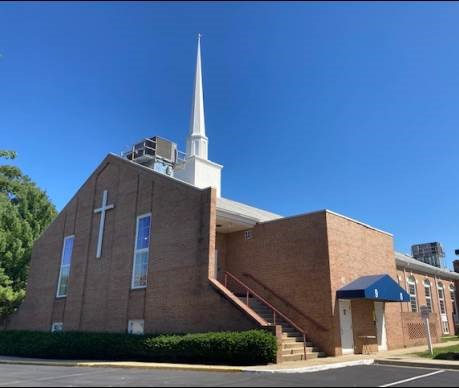 Lawyers for the Defending Freedom Alliance representing two churches, three schools and a network of pregnancy centers filed a lawsuit in state court on Monday challenging a new Virginia law that requires nonprofit ministries to give up their core beliefs about hiring and other policies, with penalties of up to $ 100,000 for each violation. ADF attorneys also filed a lawsuit in federal court on behalf of a wedding and special event photographer in Virginia challenging the same law for forcing him to use his artistic talents to photograph same-sex weddings. ‘he photographs marriages between a man and a woman.

The Virginia Values ​​Act, enacted July 1, requires churches, religious schools, and Christian ministries to hire employees who do not share their stated beliefs about marriage, sexuality, and gender identity. A related law requires government departments and others like them to include coverage in employee health plans for sex reassignment and “gender affirmation” surgeries that go against their beliefs. It also prohibits ministries from offering gender-specific parenting, Christian discipleship, and sports classes.

“The faith of many Americans prompts them to act for the good of their neighbors and also compels them to respect its teachings,” said Denise Harle, senior advisor to ADF. “Our clients provide spiritual counseling, education, pregnancy support and athletic opportunities to their communities because of the religious beliefs that motivate them. But Virginia’s new law requires those departments to drop and adjust their convictions or pay crippling fines, in direct violation of the Virginia Constitution and other state laws. Such hostility from the government towards believers has no place in a free society.

Photographer Bob Updegrove is also prohibited by law from publicly explaining on his studio’s website the religious reasons he only celebrates marriage ceremonies between a man and a woman. Virginia considers such communications to be “discriminatory” on the basis of sexual orientation. The new law threatens initial fines of up to $ 50,000, then $ 100,000 per additional violation, as well as court orders that could force Updegrove to photograph events against his conscience if he is to stay in business.

“Every American, including artists, should be free to live and work peacefully according to their faith without fear of unjust punishment,” said Jonathan Scruggs, senior advisor to ADF, director of the ADF Center for Conscience Initiatives. “Because of Virginia’s new law, photographers like Bob are faced with an impossible choice: break the law and risk bankruptcy, promote opinions contrary to their faith, or shut down. The government cannot demand that artists create content that violates their deepest beliefs. “

The complaint in Updegrove v. Herring, which ADF attorneys filed with the U.S. District Court for the Eastern District of Virginia, explains how state law violates various provisions of the U.S. Constitution, including First Amendment free speech clauses and free exercise. Specifically, the lawsuit challenges Va. Code § 2.2-3904 (B), which requires Updegrove to participate in and create photographs promoting same-sex marriage ceremonies, all because it does the same to celebrate marriages between a man and a woman.